These days it’s almost as if the world runs on cell phones, In fact I don’t know a single adult person that doesn’t own a cell phone. For most people in the modern world, they are our clocks,  our grocery lists, our calendars, and essentially our computers too when we’re on the go. 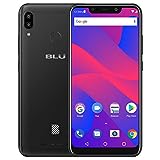 With the hustle and bustle of everyday life in the busyness of the world these days it’s just so much easier to have everything you need all in one place, especially when you can put that one place right in your back pocket or purse. There isn’t a whole lot these days that your cell phone can’t do.

Smartphone technology has taken some major leaps and bounds in the last 5 years or so, which means that cellphones are getting better and better every day and can do so much more than they could even 3 years ago. With technology coming further by the minute, it also means that things like cell phones and computers are getting more expensive because a lot more work is going into our phones than before.

The benefit to such rapid expansion of technology and the things that we can do with it, is that some technology is becoming “outdated” really fast which means that perfectly good technology is being pushed aside by the bigger companies like Apple, Samsung, Blackberry and Sony who are constantly striving to give you the absolute best and up to date tech on the market.

There is also usually a higher price tag associated with the bigger companies brand of phone because these companies are known as being providers of some of the world’s best technology, so they figure that people are willing to pay more for it, which they are. This leaves a little bit of a loophole for ‘the little guys’ of the cell phone world, or the companies that you don’t hear about as much such as ZTE, UMIDIGI and BLU.

As consumers we can take advantage of this little marketing loophole and for the fraction of the cost of an iPhone, we can get our hands on some recent, usable technology without breaking the bank.

These off brand cell phone companies use the exact same technology as the more expensive “ name brand cell phones, only they don’t add on a couple hundred dollars because they are a well known brand. These companies want to get their products out there into as many hands as possible so that they can one day become as big as Apple, Samsung and Sony.

If you are looking for a phone that will give you access to today’s current networks, the latest apps and allow you to make calls and send texts as usual, but you’re not wanting to pay what the big guys are asking for, then here are some really good, budget friendly phones for you to check out.

This phone is great if you’re just looking for something small that will do what most of the bigger brand name phones do. The only downside with this phone is that it is locked in with Crickets service network, so you can only use it with them. It doesn’t have an option to unlock it to be used with other carriers like some phones do, but it still comes with some really great features.

The Cricket Kyocera is waterproof up to three feet underwater for up to a half hour, which gives you the ability to take underwater pictures without worry. This phone comes with a 5 inch acrylic screen, so it’s small and usable at the same time. It also comes equipped with a 5mp camera, an led flash and auto-focus with zooming capabilities as well as a 2mp forward facing camera. It works on a 4G network and comes with 4GB of internal storage,

1 GB of RAM with an option for external storage, and runs on an Android 5.1 system.  This is a really great little all around phone for someone who doesn’t want to spend a fortune to get a usable product. With all of these features, you can’t really go wrong for under $50. 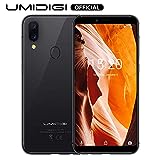 UMIDIGI A3 Unlocked Phones Android 9.0 with...
View Details on Amazon

This phone is sure to give you the most bang for your buck! It runs on the most recent android system ( android 8.1) and comes with loads of awesome features. This phone has an added slot so you won’t have to choose between having two sim cards and 1 sim card and one micro SD, you can have both!

This works really well for anyone who usually has a work phone and personal number combined into a single cell phone, or one who often has two phones on the go for the same reason.This means you can have both your numbers in one phone, as well as expand your phones memory by up to 256 GB, giving you basically unlimited space for storing your apps, photos, videos and whatever work you need to store on your phone.. The phone already comes with 16 GB of Internal memory capacity as well as 2 GB of RAM, so it comes pretty fully loaded.

The UMIDIGI A3 has a wicked 12MP + 5MP dual camera set up for the rear camera and a 8 MP front facing camera, so you’ll be able to take some really gorgeous pictures with this camera as well.

There are tons of alternative cell phone carriers on the market these days and having so many affordable options out there can make it really difficulty to choose which one to buy.

It’s really important when buying a new phone to decide what is most important to you in a phone and buy accordingly. If you want to capture breathtaking photos, find one with a good camera, if you are planning on working a lot while you are on the go, then find one that comes with the ability to process many things at once (lots of RAM). There is a phone out there for everyone, all you have to do is look.

Notice: We use cookies to ensure that we give you the best experience on our website. As an Amazon Associate, Alternative Hub earns from qualifying purchases. Thank you!OK